November 23, 2012 · by traditionalchinesemedicinecabinet · in News and Science, The Internal Plumber · Leave a comment

So what is this product called?
Diatomaceous Earth or fossil shell fish.

What’s silica? And why do I need to know about it?
Silica is a mineral that exists in the environment everywhere, primarily in shells, and seafood and shells and things like this. Silica is very good for skin, nails & hair and for elasticity.

When you prescribe it to somebody or you give it somebody, what are they generally getting it for?
Mostly I use this for digestive problems, people have digestive complaints, bloating, wind and gas, trouble going to the toilet, usually they’ve had digestive problems for a long period of time and they may have stomach bugs or parasites and its great for cleaning that out. And certainly will work its way into the various organs of the digestive system and aid with detox, like liver detox and help the gall bladder to clean out and so on. So how does it help with digestion? It primarily a cleaner, so it will clean the digestive track, it will kill any bugs in the digestive track that may be aggravating there, anything that’s hanging around that shouldn’t be there and force it out.

Won’t it kill the stuff that should be there?
No. It doesn’t do that; it just seems to kill all the bad guys.

So who’s the kind of people who should take it?
I think everybody should take it. What you need to understand is the digestive system is 10meters long, it starts at your mouth and ends at your backside, and there’s 10 meters of tubing. Everyday we’re putting stuff into that tube and we do nothing to clean it out. This helps to clean it out.

Is this a nutrient? Is it good for you on other levels apart from cleaning you?
You’ll absorb the silica from it, but that’s about all, its not really nutrient it doesn’t enter the body it just cleans the tube.

Does it taste awful?
No there’s no taste at all, not that I think and nobody seems to complain about it. You just mix it with water and drink it down, sit down and have breakfast.

Can you go about your normal day?
Yes, it doesn’t interfere with you in any way; it doesn’t make you run to the toilet, it just keeps you regular.

Who shouldn’t take it?
I don’t know, I don’t think there’s anyone that shouldn’t take it, not that I can see. I give it to lots of women that have digestive problems; I give it to kids, teenagers that have bad skin, acne and it helps to clear that up. I’ve given it to people that have food allergies and food intolerances and that tends to slowly correct itself, I’ve given it to people that have liver problems, maybe they have a problem with digesting oils and their liver isn’t functioning properly, the bile isn’t being manufactured properly and it tends to correct that. Using this product has changed my whole protocol on liver detox, this is a fantastic detoxing agent, it helps the liver clean out. I’ve given to people that have high blood pressure and that tends to bring their pressure down and balance and normalize their blood pressure. I’ve given it to people that had high blood sugar levels, it tends to normalize and bring the blood sugar levels down. I’m not entirely certain why but its just one of the things it tends to do. I’ve used it for a whole range of problems, very good for pain, oddly enough. If you have arthritic pain, knee pain, I remember giving it to one lady that had lots and lots of knee pain and she was about to have knee replacement surgery, she started taking this and within 3 months she cancelled her surgery. I saw her just recently, 3 years later she still hasn’t had surgery and still has minimal problems.

What about somebody with Auto Immune disorders?
It won’t give them a lot of energy but it will help to improve their absorption of nutrients through their digestive system. So they’ll get more energy because their digestive system is working more efficiently. That’s how it will help someone with auto immune, but it won’t, it’s not like a magic herb like taking ginseng or astragalus that’ll just tend to pick people up. Whereas this will just keep their system working more unhindered. 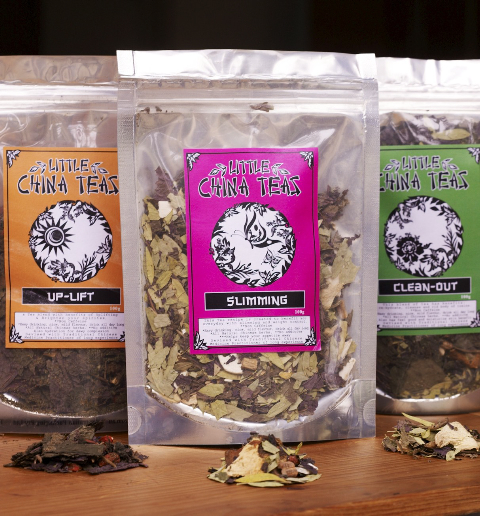